Shannon here: Romantic mystery author, Donna F. Crow shares a recipe for romance plus a chance to win a copy of her latest e-book, A Tincture of Murder. Comment on any post dated March 18 – 22 to get your name in the drawing. Deadline: March 30th, 11:59 pm central time. Here’s Donna: 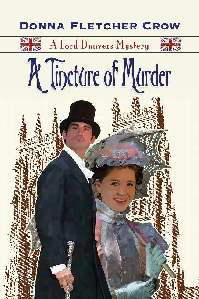 Romancing Chocolate
Chocolate has always been at center of our romantic moments. Starting way back in 1961 when I met my future husband at a debate tournament in Fresno, California. We were attending sister colleges sponsored by our denomination. Actually, Stan was going to the college in my home town in Nampa, Idaho, and, because I wanted the going-away-to-college experience, I was attending college in Pasadena, California.
I will never forget returning  to the common room after a particularly grueling debate round. I was absolutely drooping, but there, “across a crowded room” this tall, dark, brilliant man I had just met that morning waved to me. He shared his chocolate bar with me when I collapsed into a chair beside him. It’s little wonder that “Some Enchanted Evening” from South Pacific became our song.
When I went home for Christmas vacation the Nampa college was still in session. Stan was still there. Our first date was to Handel’s “Messiah.” And then I saw him off at the train station— with a box of fudge. It didn’t even dampen the romance that my mother had made the fudge.
The next semester I returned home to finish my college career. And in the dining hall I always shared my chocolate cream cake with Stan. We were married at Christmas of our senior year. And ate chocolate on our honeymoon.
Fifty years, four children and 12 grandchildren later I still make Stan chocolate cakes for every special occasion— just as our daughter does for her husband and our  daughters-in-law do for their husbands. After all, it all started with the box of fudge my mother made for the college boy she had her eye on even before her daughter met him.
Here’s our family’s favorite Mexican Chocolate Cake

Place in medium saucepan and melt over low heat:
1 stick butter
½ cup vegetable oil
2 squares unsweetened chocolate
1 cup water
Place in large mixing bowl:
2 cups unsifted all-purpose flour
1 teaspoon baking soda
2 cups sugar
½ cup sour milk
2 eggs
1 teaspoon cinnamon
1 teaspoon vanilla extract
Pour melted ingredients over flour mixture and combine well. Pour batter into greased 12 by 18-inch pan. Bake 20 to 25 minutes in a preheated 350 degree oven.
Five minutes before cake is done prepare icing:
Combine in saucepan:
1 stick butter
2 squares unsweetened chocolate
6 tablespoons milk
When melted removed from heat and beat in:
1 pound powdered sugar
1 teaspoon vanilla extract
Pour over cake as soon as it comes from oven. Let cool before serving to your sweetheart.
About Donna: Donna Fletcher Crow is the author of 43 books, mostly novels dealing with British Christian history.  The award-winning Glastonbury, A Novel of the Holy Grail, an Arthurian epic covering 15 centuries of English history, is her best-known work.  She is also the author of three mystery series. Her latest releases are An Unholy Communion, The Monastery Murders and A Tincture of Murder in the Lord Danvers series of Victorian true-crime novels. Coming soon is A Jane Austen Encounter in the romantic suspense Elizabeth & Richard series. Donna and her husband live in Boise, Idaho.  They have 4 adult children and 12 grandchildren. She is an enthusiastic gardener.
To read more about all of Donna’s books and see pictures from her garden and research trips go to: http://www.donnafletchercrow.com/
About the book – A Tincture of Murder:
York, 1856. William Dove, the notorious “Leeds Poisoner” is on trial for murdering his wife, so he can’t be poisoning the fallen women at the Magdalen Assylum run by Lord Danvers’ young priest brother. But then, who is? Is another madman stalking the streets of York? And what is causing the foul stench at the orphans’ school?
Lady Antonia is at her most superb in this intricate tale that weaves fact and fiction to keep readers on the edge of their seats.
You can follow her on Facebook at: http://ning.it/OHi0MY
Donna is offering a free ebook of A Tincture of Murder. Readers who have followed Charles and Antonia through the ups and downs of their romance will be delighted to find Antonia basking in the joys of motherhood. Until fire destroys Danver’s ancestral home forcing him to reconsider his younger brother’s appeal for help discovering why women are dying in the  Asylum for Poor, Degraded Females the young cleric has opened in one of the worst slums of York. Antonia and Charles find new strength in themselves and in their marriage as they work to feed the starving women and look after the destitute children who come to The Magdalen House for refuge. But what of the women who have died there under strange circumstances? Are these natural causes or is an insane poisoner at large in York? Perhaps even among Charles and Antonia’s own acquaintances?
Come back March 22 when Donna shares a recipe for romance! 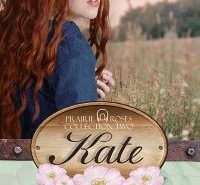 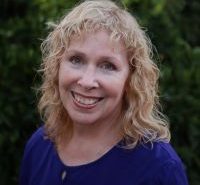 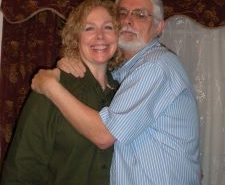