Shannon here: Contemporary fiction author, Eileen Hinkle Rife shares insight into her real life romance, plus a chance to win a copy of her book, Second Chance. Every time you comment on this post, your name goes in the drawing. Deadline: April 7th, 11:59 pm central time. Here’s Eileen: 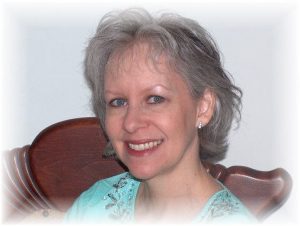 Dancing Through the Second Half of Life
The second half of life can be a challenge with kids leaving home, parents aging, and physical changes. Instead of sitting around and lamenting, Chuck, my husband of 30 years, and I decided to get off the couch and do something new and fun, something just for the two of us.
I’ll admit my happy-to-stay-in-a-rut husband was somewhat reluctant when the new and fun thing I suggested was ballroom dancing. To ease him into the idea, I checked out some dance videos from our local library. Using my powers of persuasion, I convinced him there was little threat to dancing by ourselves on the living room floor—except maybe an occasional sore toe. I knew he’d graduated in his thinking when, to my surprise, he bought me a dance video as a present.
Later, a couple at church told us about a dance studio that offered Friday night lessons for only $15 a couple. After the hour lesson, the floor is available for another hour of open dance. Making ourselves vulnerable in front of other dancers was intimidating at first. Now it’s fun. We realize that other couples are struggling to learn the steps, too. Never have we laughed so hard and felt so free!
We even took our dancing to the ball field during our city’s recent July 4th celebration. With big band music playing, I coaxed Chuck to join me for a few rounds. The darker the sky grew, the easier it became for him to dance. Now he says he’s cured of his reticence and could dance almost anywhere.
Sure, we look silly at times. And sometimes we wonder who’s really leading and who’s following. We’re still learning. But I wouldn’t trade the joy and laughter dancing has brought into our marriage for anything in the world! Dancing brings us face to face. We look into each other’s eyes, which I love. Dancing truly is that thing we do that feels uniquely us.
About Eileen: An alumna of Christian Writers Guild and member of American Christian Fiction Writers, Eileen has published several non-fiction books, written newsletters, a marriage column, and over ten church dramas. Her byline has appeared in magazines, such as Discipleship Journal, Marriage Partnership, Mature Living, Christian Home & School, Drama Ministry, and ParentLife, as well as other print and online publications. Her fiction works include Journey to Judah, Restored Hearts, and Chosen Ones in the Born for India trilogy, and a stand-alone novel, Second Chance. She and husband, Chuck, conduct marriage seminars in the States and overseas. Her favorite pastime in this season of life is dancing with hubby, spending time with her daughters and sons-in-law, and playing with her six grandchildren. Learn more at: www.eileenrife.com, www.eileen-rife.blogspot.com, www.guardyourmarriage.com, www.christianspeaker.com, www.oaktara.com
About the book: Mave Robertson, a recent empty nester, wants the fire back in her marriage, but her husband, Jerry, remains aloof. Is he having an affair? A midlife crisis? When a neighbor suggests she “get a life,” Mave accepts the challenge and volunteers at an inner city teen ministry where she is thrown into a culture of drugs, gangs, and unwed teen moms. She soon discovers someone she can help, but might he also be the cure for both her stale marriage and her crumbling relationship with her father?
Dareece Jackson, a teen from the projects, wants something in Mave’s purse…and he’ll stop at nothing to get it.
A poignant story of middle age, surprising friendships, and unexpected places. Inspired by Eileen’s own journey through the empty nest and her daughter’s and son-in-law’s work with inner city teens.
What people are saying about Second Chance:
“Gently unfolds the truth that sometimes, the best is yet to come, from unexpected people, and places, and hearts.” —Sandra Byrd, author of To Die For: A Novel of Anne Boleyn
“Transcends race and reaches the extremes—from suburbia to the ghetto, from guilt over a loved one’s murder to a marriage gone dull. With a dash of humor for balance, Second Chance will speak to your heart, no matter your station in life.” —April W. Gardner, author of the Creek Country Saga; Sr. Editor of the literary site, Clash of the Titles
“Refreshing and thought-provoking.” —Jennifer Slattery of Novel Reviews and Clash of the Titles
“Transports readers into the worlds of two very diverse characters. With laughter, tears, and sighs, you’ll enjoy every turn of the page.”—Fay Lamb, author of Because of Me, Treble Heart Books
“Lovingly crafted imagery and dialog will carry you into the lives of two very different families and show you what forgiveness really looks like.” —Lisa Lickel, author of Meander Scar
Come back April 2 for Alison Stone.