Shannon here: Jeanette-Marie Mirich shares how she met her husband and how her characters meet in her Romantic Mystery, The Courtship of Harry’s Wife. Comment or answer the question at the end of any post dated August 27th – 30th to enter in the drawings for the entire month of September. Deadline: Oct 5th, 11:59 pm central time. Here’s Jeanette-Marie: 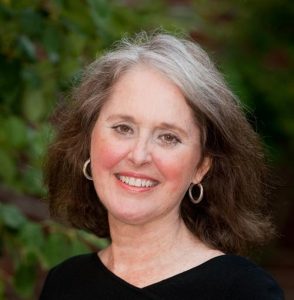 March at Oregon State. Finals were upon us and all four floors of the library were crowded with students. It sounded like a beehive as I worked the information counter. I glanced at the wall mounted clock near the card files, almost closing time. I worked where students hunted for articles and grad students searched for the latest information in their field.

Used to being handed a slip of paper and trotting through the stacks to find a reference book I took a slip from a blond, blue-eyed guy, and read it. Startled, I stepped back. The legible scrawl asked, “What’s your name?”

I was a townie, living at home and going to college. My mother worked upstairs. She’d told me to never give my name out. I never did until…out it came.

Okay. So, he was cute with blue eyes alive with intelligence.

He said, “Thank you,” and walked away.

He looked like a freshman, with a dimpled smile.

His version is slightly different. Rod had gone to the library to search for girls. He figured before finals he would find them studying. He’d walked through all four floors of the building and, disappointed was ready to leave when he spotted me. When Rod handed me the slip of paper, a voice in his head said, “You’re going to marry that girl.” When I said my name, he’d been so startled by the voice he forgot what I said. The next day he went back in and asked my boss what my name was.

Dorothy sent a message to my mom asking if it was all right to give out my name. Mom shrugged. Dorothy told Rod my name and when I worked next.

And there he was two nights later, twinkling eyes, inviting smile, and lingering by the counter. I went to shelve books. He followed. We talked a little. He was a pre-med major going to medical school in the fall he said. I raised my eyebrows. Everyone I knew who’d applied to med school wouldn’t hear until next term. I pegged him for a bragging freshman and kept shelving books.

He asked me out.

I explained, “I work when I’m not in classes and no, we can’t go out. I’m booked for the next three weeks. I’ve finals, two guys I’m dating, and I haven’t the time.” My freshman year at OSU was crammed with classes, music, work, and guys.

Lifting his sculpted eyebrows, he said, “Okay,” and walked away.

I worked three nights a week and on Saturdays. He was there every night to walk me home. And we talked or rather I talked, he listened. Rod is a reflective man and introvert. I am more social and had a vocabulary that cut its teeth on Dickens and Twain.

And he went to visit his sister in Utah.

And, I forgot about him until classes resumed and there he was again, at the information desk, waiting.

We we were engaged six weeks later.

Rod heard the same voice that had informed him of our destined nuptials again in 1974 while sitting at his desk at the survival school at Fairchild Air Force Base. By then, Rod was a flight surgeon, one of two Doctor’s in charge of the medical care of the Air Force survival schools. He had become a Christian months before and was praying at his desk after sick call and heard the same voice he’d heard in 1967, say, “You’d better call that guy about his residency.” He knew which doctor and which residency as he recognized the voice that had drawn us together at the time we first met.

P.S. My truthful husband was accepted to the University of Oregon Medical school in the fall of his senior year and given a full scholarship.

The Courtship of Harry’s Wife

Lyle and Delilah have been neighbors for years. He was Delilah’s husband’s best friend. He and Delilah were merely nodding acquaintances. Lyle kept his distance, Delilah was raising four kids, managing a house and a lucrative career that only Harry knew about.

Here is a small bit from two passages relating to their relationship.

(Lyle)He swallowed as the memory kicked up. “That was our first autumn in town. It was the week after you stood on our doorstep with a welcome dinner in a basket and an apple pie. I recall Clarisse didn’t invite you in. We spoke heatedly about it. She announced that the Morgan’s were to be left to themselves. A shunning, as it were.”

(Lyle) “First time I saw you laugh you were raking up leaves with the kids. I came over to collect my boys and you were in the middle of the pile, cascading leaves over the children.”

About Jeanette-Marie: Jeanette-Marie Mirich moved twenty-two times before settling into her first home. She has swum in the Ligurian Sea, collected shells and sea glass along the Indian Ocean, Pacific, Atlantic, Caribbean Oceans, Straits of Malacca, the Gulf of Mexico, and the Andaman Sea. An Oregonian native, Jeanette-Marie splits her time between her home in Kentucky and an Oregon cabin where she scribbles poems, short stories, and weaves novels. Mother of three, Grammy to thirteen, Jeanette-Marie is passionate about the needs of others, quilting, and spreading a love of color wherever she goes. Learn more and connect: 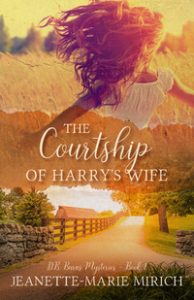 About the book – The Courtship of Harry’s Wife:

I shouldn’t have made the promise when Harry was dying but . . . you know how it is. You want to please when the person you’ve always loved is hooked up to plastic tubing looking peaky.

Delilah Morgan, a woman of honor, is unable to ignore her promise to her husband, Harry, which leads to trouble, with a capital T. The beautiful, unassuming Delilah plans to mourn in private after Harry passed, but he had other ideas—specifically, leaving his wife in good hands and protected from the elite of their small Kentucky town. However, he neglects to include his wife in his plans.

Harry has selected local judge, Lyle Henderson, the heart-throb of most of the women in town, to court his widow. The judge acquiesces to Harry’s wishes until Henderson’s life spins into a maelstrom after the discovery of bodies in his long absent wife’s car. The police and FBI begin to suspect him of murdering his wife and her apparent lover.

Determined to clear the judge of murder, Delilah resolves to hunt down the true story. Their adventure nearly costs them their lives and leads them on what Delilah suspects is a wild-goose chase toward love. In reality, their wanderings reveal what sacrificial love can encompass.

Get your copy now!  The Courtship of Harry’s Wife – Amazon

Question for Readers: Have you ever been the ocean? Which one? If you haven’t, which one would you like to visit? 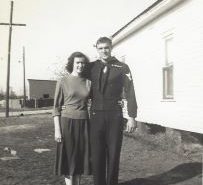 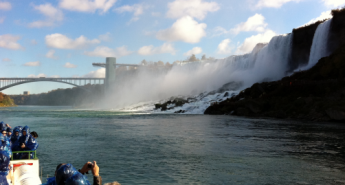