Shannon here: June Foster shares the inspiration for her latest Romantic Suspense, The Inn at Cranberry Cove, plus a romantic excerpt. Comment or answer the question in this post to enter the drawing for an e-copy. Deadline: April 24th, 11:59 pm central time. Here’s June: 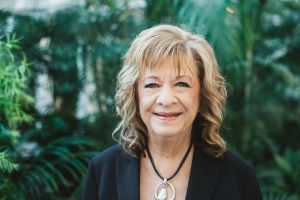 Twenty years ago, my husband and I lived in Washington state – in Olympia, the capitol. I love the Pacific northwest and frequently set my stories there. In fact, the first five or so were inspired by the forests of Douglas fir, majestic mountains, and lakes and streams that are perfect for fishing.

One weekend during our time in Washington, we decided to travel west as far as we could go until we reached the ocean. Our trip brought us to a delightful B&B in Ilwaco on the south end of Long Beach Peninsula in the southwest corner of the state, between the Pacific Ocean and the Columbia River. I hadn’t realized that a sleepy, historic fishing town nestled there.

The B&B was once an old place of worship, and today boasts of guest rooms, lush gardens, and a large meeting room where the sanctuary used to stand. At the time we were there, I hadn’t written my first book, but years later, upon thinking back to the lovely inn, my imagination began to percolate and The Inn at Cranberry Cove was born.

Today the B&B is owned by a sweet couple by the name of Leanna and Kevin Moos and is now called the Inn at Harbor Village. The picture on the cover of my book is the real inn that the Moos graciously allowed me to use.

Excerpt from The Inn at Cranberry Cove by June Foster:

Ashton stepped to the landing to examine the exquisite stained-glass window her aunt had created and installed, but a noise from the backyard drew her attention.

Ashton hurried down the stairs and into the kitchen. June air flowed through the open window, hinting of the lilies and hydrangeas now in bloom out back. The continued sound of scraping like a shovel on gravel called her outside.

A man in jeans and a plaid shirt that swallowed his frame bent over as he made long swipes with a rake, collected leaves, twigs, and sticks. He gathered the debris into a pile and lifted the rubble into a wheelbarrow. But why was he working in the yard?

She took the steps down onto the lawn. “Excuse me.”

The man pivoted toward her. “Oh, hello. I saw your car, but I didn’t want to disturb you. You’re Ashton. We met at the funeral, but it was a brief hello. Before she passed, Gina told me she had faith you’d come.” He dropped the rake, wiped his palms down his jeans, and offered his hand. “I’m James Atwood.”

Ashton narrowed her eyes. This man in his early thirties with soft blue eyes, and a seeming trustworthy demeanor said all the right things, but why would he be in the 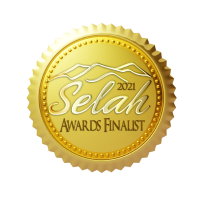 The Inn at Cranberry Cove is a Selah Finalist

backyard of the inn this late in the evening. “Yes, I’m Ashton Price. What are you doing here?”

The man lowered his hand. “I kept the garden for Gina before she passed and helped her with odd jobs.” He rubbed the back of his neck. “I hope you don’t mind if I continue to look after the yard. I don’t want her lawn to go to seed or the flowers to die.”

That sounded likely, but could he be lying to her, thinking he would look for the legendary gems? He could say anything he wanted about Gina. She wasn’t here to confirm or deny. “Thank you, but I’m afraid I can’t afford a gardener right now.”

“That’s not a problem. Gina paid me for the rest of the year.”

Ashton frowned. “I’ll have to check my ledgers for the expense.”

“I understand.” He smiled. “Your aunt was like a second mother to me. She befriended me and saw me through…” He cleared his throat and picked up the rake again. “I mean… she was easy to talk to, and we became friends. It’s the least I can do. Her garden is important to me.” James turned back to his work again, raking the rubbish into another pile.

Before doing anything else, she needed to discover whether James Atwood spoke the truth. She took the stairs to the deck again. If she found no record of payment, her next course of action would be to call 9-1-1.

About June: An award-winning author, June Foster is also a retired teacher with a BA in Education and a MA in counseling. She is the mother of two and grandmother of ten. June began writing Christian romance in 2010. She penned her first novel on her Toshiba laptop as she and her husband traveled the US in their RV. Her adventures provide a rich source of information for her novels. She brags about visiting a location before it becomes the setting in her next book.

To date, June has written over twenty contemporary romance and romantic suspense novels and novellas. She loves to compose stories about characters who overcome the circumstances in their lives by the power of God and His Word. June uses her training in counseling and her Christian beliefs in creating characters who find freedom to live godly lives. She’s published with Winged Publications. Visit June at www.junefoster.com to see a complete list of her books. Learn more & connect: 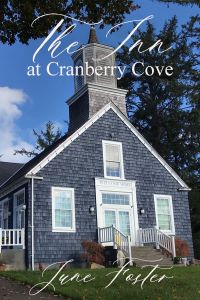 About the book – The Inn at Cranberry Cove:

After her boss fires her on unfounded grounds, twenty-nine-year-old Ashton Price leaves Denver for Cranberry Cove, Washington. She’s inherited her aunt’s B&B and is determined to carry on her legacy. Upon preparing for guests, she learns of a century-old tale of treasure within the inn. Many have searched for the illusive gems but to no avail. She discovers a man working on the inn’s grounds, but is he the gardener Gina Price hired? Perhaps he’s searching for the hidden treasure.

James Atwood, corporate executive, works in the Atwood’s thriving cranberry business. Tragedy strikes, and he’s numb and riddled with guilt. Befriended by Gina Price, he finds solace working evening and weekends in the fresh earth, fescue grass, and aromatic blossoms of the inn’s gardens, helping to divert his mind from his dishonest cousin Robert, bent on destroying the Atwood business. He continues tending the grounds after Gina passes, and the new owner believes he’s a gardener. After she calls late one night upon hearing a prowler, James races to her rescue and discovers his feelings are more than protective.

Ashton’s first guests, the Claxton’s, appear out of nowhere saying they’ve had reservations for a year though she finds no record of a deposit. She chalks the failure up to faulty accounting before she arrived. When an elusive intruder continues to make frightening midnight visits, Ashton fears for her own safety and that of the Claxtons. But then, their odd comings and goings cause Ashton to wonder. Are they really vacationing visitors from California, or do they have other motives for staying at the inn?

Can two people allow the majestic northwest and fragrant coastal air heal their wounded hearts? Will they discover the secret of The Inn at Cranberry Cove?

Can’t wait for the drawing? Worried you won’t win? Interested in June’s other books?

Question for Readers: In the story, Ashton at first believes James is the gardener at her aunt’s B&B, though in reality he’s an exec in the cranberry industry. Have you ever had a romantic or platonic encounter with someone then found out later he/she wasn’t who you believed they were? 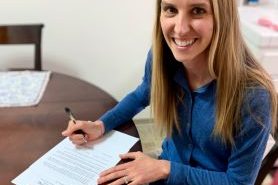 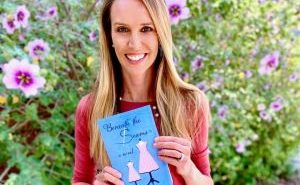 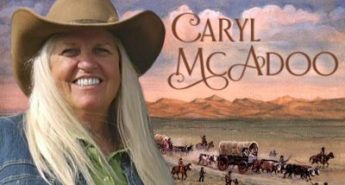