Shannon here: Romantic Suspense author, Paula Vince shares insight into her characters’ romance plus winner’s choice of a print or e-book copy of her latest release, Imogen’s Choice. Comment on any post dated May 26 – 30 to get your name in the drawing. Deadline: June 7th, 11:59 pm central time. Here’s Paula: 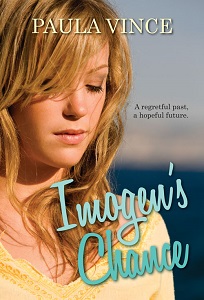 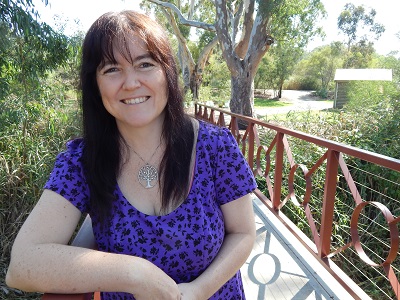 Asher and Imogen have two favorite songs
Her choice is ‘My Immortal’ by Evanescence. After all that Imogen helps Asher through in the course of the story, the lyrics resonate with her, reminding her how she thought she might lose him. ‘When you cried I’d wipe away all of your tears, when you’d scream I’d fight away all of your fears, And I held your hand for all of those years…’ The haunting melody makes it even more special for her.
They stumbled on another, older song too, which is ‘She’s Got a Way’ by Billy Joel. It completely sums up the way Asher comes to feel about Imogen from the start of the book until the finish.

She went the extra mile.
After discovering a secret she’d kept concealed which concerned him, Asher instinctively went off the deep end and rebuffed her attempts to talk. When he’d taken time to reflect, he earnestly wanted to make amends for pushing her away, but didn’t know how she would respond. He left her a tentative note saying, ‘If you don’t want to see me, just leave the loft window dark and I’ll drive right on past.’
Well, Imogen could’ve chosen to simply leave the light on, to signal that she was willing to speak to him. Instead, I’ll leave you to discover what she did do for Asher, if you read the book.

She simply listens to him talk. Asher is a natural chatterbox with a history of being repressed for being open and unrestrained since he was a little boy. Expressing his raw and honest feelings to a willing listener is not something he’s used to. Imogen understands how he fell into the habit of censoring everything he says over the years. She also knows that he appreciates humour, and she develops a knack of quietly teasing him into a more contented frame of mind.
When others remain so serious about his problem he can hardly stand it, she intuitively realizes that he needs light-heartedness to help him bear each moment. Eventually, her mere presence is enough to calm him.

He puts a brave face on his prognosis, and that’s enough to win her heart. And he writes quirky thank-you notes, instead of simply keeping a gratitude journal, as she would have expected. His letters make her laugh so hard. They had a significant role in helping her see that he was, indeed, the man for her.

She mustered the courage to tell him something she was certain he wouldn’t want to hear. Positive that he would get prickly and refuse to listen to her tell him a special experience she had after praying for him and reading a Bible story, she steels herself to approach him anyway. The only way she can bring herself to do it is to remember that her impression was very timely and important. As Imogen is a shy girl who finds Asher a bit truculent at times, it took a lot of bravery for her to do this.

Asher tricked Imogen into saying it first, when he asked her the question, ‘When did you first fall in love with me?’ He playfully put words in her mouth and flustered her. He’s good at doing this sort of thing.

He intends to ask her alright, and he remembers her sad personal history. When she first stayed with his family as a little girl, it was because her parents and brother were on a mission trip to Australia’s Northern Territory and they thought it would prove too much for her. He remembers how homesick for them she used to feel. She hated missing out on the experience of being there with them, so he really wants to take her himself. They will enjoy the sight of the sun setting over Uluru, marvel at the sights of Katherine Gorge and even make it for a spectacular river cruise in Arnhem Land among the crocodiles.
About Paula: Award-winning author, Paula Vince loves to evoke tears and laughter through her novels. A wife and homeschooling mother of three, she resides in the beautiful Adelaide Hills of South Australia. Her youth was brightened by great fiction and she’s on a mission to pay it forward.
Her novel, Picking up the Pieces, won the religious fiction section of the 2011 International Book Awards.
Her novel, Best Forgotten, was winner of the 2011 CALEB Award in the fiction category and also recognized as the best overall entry for the year, chosen over memoirs, devotionals and general non-fiction.
Paula’s books are a skillful blend of drama and romance tied together with elements of mystery and suspense. Paula is the author of Picking up the Pieces, The Risky Way Home, A Design of Gold and Best Forgotten. Her new novel, Imogen’s Chance, will be published in April, 2014. Paula is also one of the four authors of The Greenfield Legacy. Find out more at www.justoccurred.blogspot.com
About the book – Imogen’s Choice:
She has given herself a chance to fix her personal history. But will old mistakes bring up new emotions?
Imogen Browne longs to make up for past mistakes before she can move on. She quietly resolves to help the Dorazio family, whose lives she accidentally upset. Her biggest challenge is Asher, the one person who may never forgive her. And he is facing a crisis of his own. Imogen must tread very carefully, as trying to fix things may well make them shatter.
A sensitive story about misplaced loyalty, celebrating life and falling in love. Can family secrets concealed with the best intentions bear the light of day?
Come back June 2nd for Kimberly Rose Johnson! 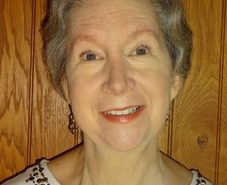 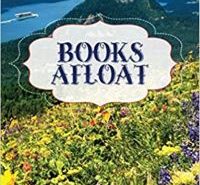