During a long visit to the Highlands and Lowlands of Scotland I became intrigued with why Highland Clans no longer occupied the Highlands. You’ll find the surprising answer in my book Masquerade Marriage. I’m of Scottish ancestry as are so many Americans, and bagpipes music makes my heart sing. I fell in love with the awesome country and the friendly, complex people. So, being a writer, of course I had to write of what I knew. I love the clear fresh air, the handsome people, the amazing openness of the country, the castles, and the Scots violent, adventurous history. In the next few years I plan to add Cailin and Fiona’s love stories to Megan’s legendary love.
Excerpt:
Like a determined hero, the fugitive warrior strode through the door at the far end of the tiny stone kirk.
Megan’s eyes widened. Her clenched jaw relaxed. Some of her dread dissolved.
“Impressive.” Molly, Megan’s Irish maid, whispered from where they stood together in the vestibule.
He stopped in front of the hand-carved altar and half-turned toward her. Megan pulled in an uneven breath. This Highlander, wearing formal kilts, was no scrawny lad grown older, nor was he a big, hairy Scot with a bushy beard. The tall, strapping soldier stood with legs braced as if about to do battle.
Her heart skipped. Though she’d known Brody when she wore short skirts, this blond warrior was far more than she expected. Her pulse throbbed in her temples. Doubt niggled her brain. Brody was too tall, too obviously a Highlander. How could she hope to pass him off as a Lowland Laird? He appeared to have too big a chip on his shoulder to let her command him.
Brody’s thick sandy hair swept the collar of his linen shirt. Lace-trimmed cuffs matched the white jabot at his muscular throat. A silver broach clapsed his crimson and black tartan to his wide right shoulder. His Claymore, dirk, and thick sword belt startled her.
Megan suppressed a shudder. The English outlawed kilts. With his dress, Brody spat in the face of the English and further imperiled his life. Why?
His intense sapphire stare blazed a trail across the empty wooden pews toward her. His eyes made her feel dizzy as if she just danced a fast reel with a lively partner.
Molly grinned and handed Megan the bridal flowers.
What had she gotten herself into?
About Anne: ANNE delights in writing about wounded heroes and gutsy heroines. She writes both historical and suspense novels. After falling in love with several countries and their people, Anne set a number of her books in exotic locations. She and her hero husband, Army Special Forces Colonel Larry Greene, have visited twenty-five countries, including three communist countries. A visit to Scotland resulted in her newest book release, Masquerade Marriage, published by White Rose Publishing. When she’s not deployed with her husband, Anne makes her home in McKinney, Texas. Two of her four children live nearby. Tim LaHaye led her to the Lord when she was twenty-one and Chuck Swindoll is her Pastor. In 1990, Anne graduated summa cum laude with a Bachelor’s degree in Literary Studies from the University of Texas, Dallas. Her highest hope is that her stories transport the reader to an awesome new world and touch hearts to seek a deeper spiritual relationship with the Lord Jesus. To learn more of Anne and to view pictures from her extensive travel, visit her at AnneGreeneAuthor.com.
Come back August 22 for Young Adult author K Dawn Byrd. 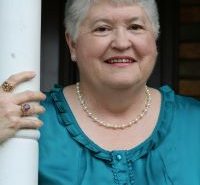