Can Love Grow From Disception?

Pepper Paige is tired of her life as a dance-hall girl. She gets her chance to escape when a woman injured in a stagecoach wreck dies in her room. The stranger–a refined, educated Christian–informs Pepper she was on her way west to marry Zachary Hatcher, a rancher she knew only through his letters. Pepper decides to assume Suzanne Cedar’s identity and get a fresh start in life.

But unknown to Pepper, her fiancé is not really Zachary Hatcher who has been killed by Indians. A prison escapee named Tap Andrews has decided to pass himself off as the rancher.

They first meet in this excerpt from It’s Your Misfortune and None of My Own, Book 1 Code of the West Series by Stephen Bly:

I should never have had the McCurleys come out here with me. If Hatcher doesn’t buy this Suzanne Cedar impression, I’ll curl up and die. It’s got to work. It’s just got to!

“Looks like a rider comin’ in from the north.” Bob McCurley pointed with his knife blade.

“Two of them, isn’t there, Robert?” Mrs. McCurley questioned.

“Nope, jist one. Leadin’ a horse. Hey, that’s him. That’s Hatcher. He’s on Onespot. Sold him that horse yesterday.”

Pepper’s pulse quickened “Are you sure?”

“Yep. That there is Zachariah Hatcher, all right. Came out lookin’ fer ya, he did.”

“Oh, my, this is frightfully exciting,” Mrs. McCurley squealed. “Who knows what will happen?”

“You ladies stay here. I’ll walk out there and welcome him in.”

I should have put on strong perfume. I knew I should have. Why didn’t I remember?  “Mrs. McCurley, should I take off my hat? Is my hair straight? Should I sit down? How do I look?”

“Like a nervous bride. Stand right there and let him come to you.”

“McCurley, I didn’t expect to find a picnic this far north.” Tap stared at the two women in the distance.

“Ain’t no picnic, son. We are headin’ toward your place with a friend of yours.”

It’s her. It’s Miss Suzanne Cedar herself. She’s even more beautiful than I imagined. The next two minutes may decide the next twenty years of my life. Slow and easy. What would Zachariah Hatcher do?

Pepper twisted Suzanne Cedar’s engagement ring on her finger. Relax, girl. Take deep breaths. You can do it. You’ve been pretending for years. This is the big one. He’s strong—look at those shoulders. And handsome. My goodness, she done herself real proud by him. What would Miss Suzanne Cedar do now? Curtsy? Shake his hand? Throw her arms around him? Kiss him? Will he really think I’m Suzanne?

The two men sauntered toward the women.

McCurley cleared his throat. “I knowed you two ain’t ever met, so let me make it official. Mr. Zachariah Hatcher, let me present to you Miss Suzanne Cedar. Miss Cedar, this is Mr. Hatcher.”

Tap Andrews stared into the green eyes of Aimee Pepper Paige. She’s tired. She’s worried. Maybe she knows. Maybe she’s trying to figure me out. Maybe she’s disappointed in what she sees. My goodness, my goodness, she is a beautiful lady. It’s got to work. It’s just got to.

Pepper wanted to say something, but no words came to mind. His eyes are older than the rest of him. He’s spent lots of time out in the open. He’s troubled. I disappoint him. He was expecting someone else. Here it comes. I wish I was back at April’s dance-hall. I wish all I had to worry about was the likes of Jordan Beckett. Please like me. Please say something. I’m going to die!

“Are you two jist goin’ to stand there gawkin’?” McCurley prodded.

“Miss Cedar, it’s kind of like I never thought this day would ever come.”

He thinks I’m her. He really does. I can see it in his eyes. A wide smile helped her begin to relax. “Mr. Hatcher, my heart is pounding still. I’ve been thinking and dreaming about this moment for a long, long time. Now it’s here, I’m so happy. I think I’m going to faint.”

“Well, if you two don’t hug or somethin’, we’ll all faint,” Mrs. McCurley insisted. “Me and Robert will tend the horses.”

Tap walked over to Pepper. She held out both hands, and he took them into his own. For another moment he just stared. What would Hatcher do?

Is he going to stand there all day? Suzanne, oh, Suzanne, what would you do if you were me?

“Would it be proper for me to give you a hug?”

Tap pulled her close and put his arms around her shoulders. She slipped her arms around his waist, and they held each other tight. He thought he heard songbirds singing nearby, but then decided it was the ringing noise in his ears.

About the book – It’s Your Misfortune and None of My Own: Staying alive in the Old West requires three things: a fast horse, a quick hand, and enough smarts to know when to get out of town.
Jordan Beckett, a violent cowboy, has turned his attentions on a dance hall girl; Pepper gets her chance to escape, acquiring a stranger’s identity . . . and that woman’s fiance out west. Little does she know, that man’s been killed by Indians. Instead, a prison escapee named Tap Andrews is passing himself off as the rancher.
What happens when the pair meet? And who will be left standing when Beckett tracks down Pepper, only to find a tough young cowboy in his way?

Stephen Bly (1944-2011) authored 106 nonfiction and fiction books, 20 he co-authored with his widow, Janet Chester Bly. Series titles include The Austin-Stoner Files, The Belles of Lordsburg Series, The Skinners of Goldfield Series.

Janet Chester Bly has authored 31 nonfiction and fiction books, 19 she co-authored with her late husband Christy Award winning author Stephen Bly. Her titles include The Hidden West Series, The Carson City Chronicles, Hope Lives Here, Awakening Your Sense of Wonder  and The Heart of a Runaway. She resides at 4200 ft. elev. on the Idaho Nez Perce Indian Reservation. Her 3 married sons–Russell, Michael and Aaron–live down the mountain in Lewiston, ID with their families.

It’s Your Misfortune and None of My Own and other novels in The Code of the West Series are available in paperback or Kindle eBook at the new Books From The Dusty Trail website: http://dustytrailbooks.com/its-your-misfortune-and-none-of-my-own/

Find out more about award-winning western author Stephen Bly at this website: http://blybooks.com/

Or On A Western Trail blog: http://blybooks.blogspot.com/

On A Western Trail Blog: http://BlyBooks.blogspot.com 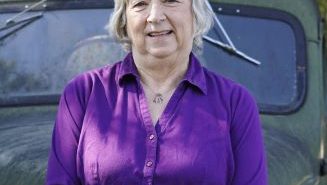 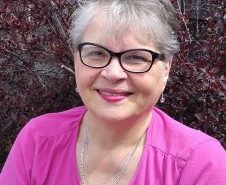 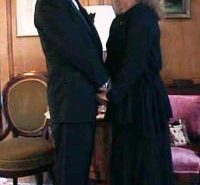