Shannon here: Barbara J. Scott shares how God rescued her and her husband from a cult with the tale of two weddings. Comment or answer the question at the end of the post to enter the drawing for a copy of her Historical Romance, Dreams of My Heart, book 1 in the Reluctant Brides series. Deadline: April 7th, 11:59 pm central time. Here’s Barbara: 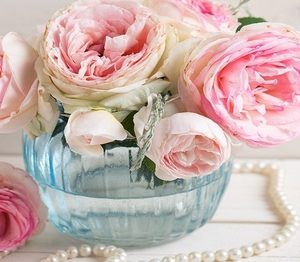 If you read the first post on my husband’s proposal in 1976, you know that we were both members of a cult steeped in eastern mysticism and New Age claptrap (pretentious nonsense). We ate brown rice, organic vegetables, and believed in the power of herbs to heal all ills. Reincarnation and out-of-body travel were also part of the package, along with “masters” who had translated from this life to a higher plane of consciousness.

How could two educated, reasonable people buy into a belief system so divergent from our Christian roots? Because we were ignorant of Scripture. In every alluring temptation, there is a kernel of truth. We both thought we could remain Christians and yet explore “secret knowledge” that would be revealed to us as we qualified for higher initiations.

Three months after Mike’s proposal to me, we were married in your typical cult wedding on June 27, 1976. Because we lived in northern California, and both sets of our parents lived in the San Diego area, we headed south and sprung our upcoming nuptials on them. We didn’t give them much notice…a day or two. I’m surprised any of them attended the wedding, but attend they did. They must have really loved us a lot. Years later, we found out our two mothers hid behind a boulder to smoke cigarettes, and as they puffed away, declared our marriage would never last.

But God knows more than we do. In the oddest of circumstances, he united two wounded people, and 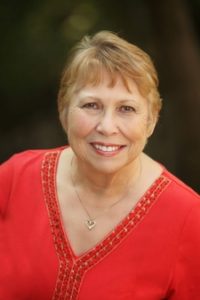 only He knew that in seven years, we would return to Him like the Prodigal Son and be remarried in the Christian church.

Okay, I know you’re curious about the ceremony, so here goes. Mike and I chose Windansea Beach in La Jolla, California for the ceremony, a beautiful and well-known sandy seashore in southern California.  Sheltered in a crescent shape by the rocky sandstone outcroppings, the beach is small and an expert surfing spot because of the rocky reefs and strong currents.

Yes, Mike had been a surfer since he was a little boy, so the spot had even more meaning since he had surfed the waves there. For an altar, we picked a boulder near an old surf shack with a roof made of palm fronds that has been designated as a historical landmark. Only in California.

Because it was summer, we had plenty of sand for our barefoot wedding. In the winter, the waves suck the sand out to sea and then redeposit it in the summer.

Our ankle-length wedding robes were made of muslin embroidered with blue stars around the neck and cuffs. We both wore blue sashes. Mike had lied to his mom that we needed them for a play so that she would sew them for us. Yes, he lied. Remember, this was B.C.—before Christ.

On the relatively flat boulder we placed an arrangement of white carnations edged with blue. (We put them in water with blue food coloring the night before to dye them.) A bowl of fire and a bowl of water were used in the ceremony, and a framed picture of the cult master was the centerpiece.

We held hands in the pre-dawn light with the morning star above us. Facing the east, dawn broke at 5:33 a.m. and signaled the beginning of the ceremony. The morning was clear with the fog sitting offshore. Just as we said our final vows, the gray, wet fog rolled in across the beach. We should have taken it as a sign that our brains were a little “foggy” when we married in a pagan wedding.

My mother swore the wedding wasn’t legal since we were married by a “fifth initiate” of our cult. But according to the State of California, we were joined in matrimony with the marriage certificate to prove it. We all adjourned to Denney’s for our wedding breakfast.

I know you must be laughing by now, either that or you’re horrified. When we were remarried in a church in northern California on our wedding anniversary seven years later, the sanctuary was filled with congregants who had watched God’s transformation of our lives. Mike parents and his aunt and uncle attended as well. I regret my parents couldn’t make it.

There are no photos left of our first marriage on the beach. Mike and I destroyed them all. We do have snapshots of our second wedding, but they have faded over time and are packed away for our move to Florida to be near our kids and grandkids. In June, we will celebrate our 42nd anniversary.

If you are praying for family and friends whose eyes have been blinded by the lies of the Enemy, don’t give up. Keep praying. A lot of people prayed us out of a cult and into God’s kingdom. Oh, the subject of the sermon preached on the first Sunday we attended church after the scales fell from our eyes? The Prodigal Son.

About Barbara: After a career spent acquiring and editing books by numerous bestselling Christian authors, Barbara Scott has returned to her true love—writing. Barbara and her husband Mike live in the Nashville area, with their two Chihuahuas, Riley and Sissy, both rescued from puppy mills. Reading, writing, and research are her passions. Want to know more? Learn more and connect: 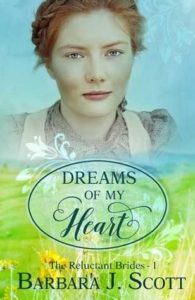 About the book – Dreams of My Heart: Feisty Irish bride Kate O’Brien McKean asks her Texas cattleman husband Buck for an annulment in Dreams of My Heart, book 1 of The Reluctant Brides series, setting off a chain reaction of events that endangers them both and challenges their faith. The historical romance, set in 1875 Montana Territory, is available now in trade paper, and the Kindle version releases April 1.

Can’t wait for the drawing? Preorder your copy now!  Dreams of My Heart – Amazon

Question for Readers: Have you or someone in your family ever been rescued, with no other way to explain it, but God? Tell us about it. 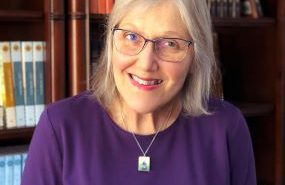 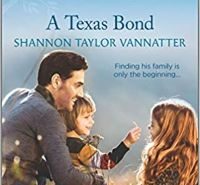 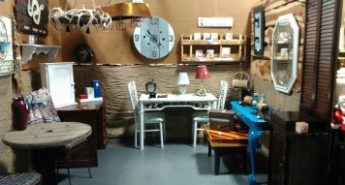