Shannon here: Carole Towriss shares a romantic excerpt from her Biblical Fiction title, Deep Calling Deep. Comment or answer the question at the end of the post to enter the drawing for a copy. Deadline: Sept 29th, 11:59 pm central time. Here’s Carole: 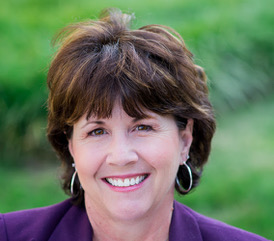 This novel takes place in 61 AD.  Sextus Burrus was a real man who served under Nero as Praetorian Prefect. He would have been in charge of the Apostle Paul when he was under house arrest in Rome from 60 – 62.

At last, the late afternoon breeze had a chill to it. Air smelling of fresh earth and ripening olives surrounded him as he walked home. The leaves on the apple trees had turned burnt orange, deep crimson, and vivid yellow a couple weeks ago, but not until today had Sextus believed autumn was here to stay.

At the top of the hill, he unlocked his door and stepped through.

Fidus came bounding toward him from the back of the house, barking a greeting.

He grinned as the dog jumped on him, placing his huge paws on Sextus’s chest. “Hello, Fidus.” Rubbing his hand along the animal’s black and tan back, he glanced down the long hall toward their garden.

Gaia stood motionless, a wilted white flower in one hand, brushing away tears with the other.

He strode to the garden, his eyes on his wife. “Gaia?”

She slowly turned toward him, her eyes on the lifeless blossom. “This was the last flower. No more until spring.”

Why would that make her cry? Though as far as he could tell, she hadn’t been sobbing, like he’d found her a couple months ago on Afranius’s birthday. Only a few tears slid down her cheeks.

“Do you remember when you managed Tiberius’s estate for him in Capri?”

“Of course. We lived there several years.”

“I loved it there.” She glanced over his shoulder and smiled, as if she could still see it. “Afranius was born there. He learned to walk there. To ride.”

Now it made sense. The tree reminded her of their son. Their life on Capri had been easy, happy. With a long-awaited child, his time in the wars over, and sun nearly every day. She’d always loved the oleanders that covered the island, with their abundant and showy blossoms all summer long. When he became prefect and they moved to Rome ten years ago, he had one brought from the island for her as a surprise.

He pulled her close.

“Sometimes it hits me at the oddest times, as if it had just happened, all over again.” She laid her head against his chest, crying softly against his tunic.

“I understand. Sometimes I see him in my men. A gesture, a turn of phrase, a laugh . . . But he is always with us, in 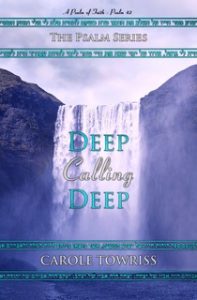 our memories, in our love for each other. As long as we remember him, he isn’t truly gone.” Hollow words, he knew. But he had nothing better to offer.

She drew back to study him. “You have his eyes. Or he had yours.” She laughed for a moment. “However you want to look at it.”

“And he had your nose. And your smile.” He brought his hands to her face and brushed the tears from her cheeks with his thumbs.

She sucked in a deep breath. “I need to finish pruning the tree so we’ll have lots of flowers next spring.” She stepped away and took up the knife lying on a nearby lectus.

He watched for a moment as she sliced off greenery here and there, a calm smile on her face. What accounted for the change since the summer? Where did her peace come from?

Whatever it was, he could use some too.

About Carole: An unapologetic Californian, Carole Towriss now lives just north of Washington, DC. She loves her husband, her four children, the beach, and tacos, though not always in that order. In addition to writing, she binge-watches British crime dramas and does the dishes for the fourth time in one day. Learn more and connect:

About the book – Deep Calling Deep: Praetorian Prefect Sextus Burrus has spent his life fighting for the glory of Rome, but that glory has lost its shine. As both his health and his career crumble, he is drawn toward the seemingly inexhaustible peace of one of his Jewish prisoners, the Apostle Paul. The moment Timothy hears his mentor and surrogate father Paul has been arrested, he rushes to Rome. Under the looming threat of execution, Timothy struggles to make sense of what is happening. Finally, an unexpected crisis requires him to reexamine everything, and places their hope for Paul’s freedom on the shoulders of Praetorian Prefect Sextus Burrus.

Deep Calling Deep is book 3 of The Psalm Series.” Each book in this series is a fictional story by a different author inspired by a different Psalm. Included with the books are detailed Bible studies of the psalms covered, and an in-depth explanation of the author’s approach to the Scriptural text.

Experience the psalms like never before — through heart-pounding fiction! www.Psalmseries.com

Can’t wait for the drawing? Get your copy now!  Deep Calling Deep – Amazon

Available in paperback, Kindle, and soon in audiobook.

Question for Readers: How do you experience God’s peace? 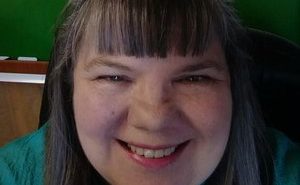 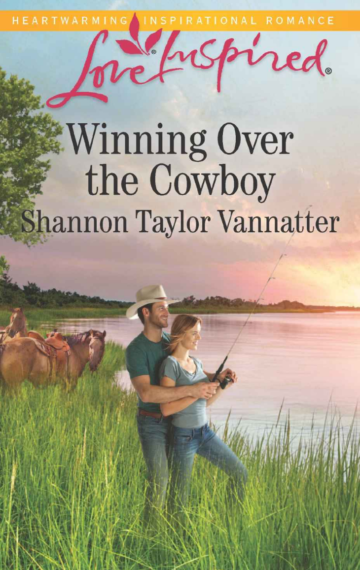