Shannon here: H.L. Wegley shares the inspiration and struggles he faced creating his latest Romantic Suspense novel, No Turning Back. Comment or answer the question in any post dated May 5th – 8th. Winner’s choice of print or Kindle in U.S. Kindle for international. Deadline: May 16th, 11:59 pm central time. Here’s H.L.:

In writing No Turning Back, the biggest challenge I faced was creating the character of my heroine, Beth Sanchez, such that she would be a high-priority target for the drug lord, Hector Suarez. My solution was to combine two real-world stories.

The first story is about the man who inspired the Mexican people to form militias to stand up to the oppression of the drug cartels.

A doctor in Mexico decided to take action to stop the bleeding of the local people caused by drug cartels’ demands for monthly protection money. When the monthly payments became more than the people could pay, the doctor rallied the men of the community to form a militia. He armed and trained them, and systematically drove the cartel from the area.

Mexican law enforcement feared the cartels and many government officials were corrupt, often cooperating with the drug lords. The people preferred to risk their lives by forming a militia rather than depend on the unreliable government for protection.

Each time the militia defeated a group of cartel thugs, the doctor would confiscate their weapons and use them to grow his militia. As word of his success spread throughout the country, he would travel to new areas and preach about freedom from the cartels. The people heard the doctor’s message, believed it, followed him, and drove the cartels from their areas.

After the doctor moved on, the militias he left behind continued to grow on their own, until their power became a concern to the Mexican government. By this time, the doctor had become a folk hero, a man who had killed a lot of drug cartel members. Consequently, he became the government’s focus for solving its perceived militia problem. The government’s plan was to stop the doctor and then hope the militias would die.

The government arrested the doctor on illegal weapons charges. This was almost too ironic to believe. The doctor had done the job that Mexican law enforcement was afraid to do, and they arrested the man who could have shown them how to defeat the cartels and restore law to Mexico. But the officials were too afraid and/or too corrupt.

Law enforcement imprisoned the doctor for three years, until his influence diminished, then freed him in 2018 without ever trying him on the weapons charges. He’s not as active as he once was, but still tries to inspire his countrymen to drive the cartels from their towns and villages.

To complete Beth as a character, I needed to give her strong feelings of guilt. I used another real-life story to 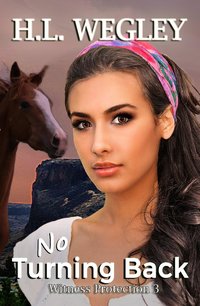 While researching drug cartels in Mexico, I ran across a terrible incident, the Allende Massacre of 2011. It seems that the U.S. Drug Enforcement Agency (DEA) obtained some critical intelligence information about the leaders of Los Zetas, perhaps the most violent drug cartel in Mexico. Evidently, the DEA shared the intel with Mexican law enforcement, and a dirty cop, or some other compromised official, told Los Zetas.

As a result, the cartel’s army swept through Allende and the surrounding area, breaking into houses, looting, burning buildings, and killing people to ensure they found the Los Zetas traitors who leaked the information to the DEA. They killed hundreds of people in horrible ways.

No one was ever prosecuted, and the incident was hardly investigated due to fear of Los Zetas. To this day, the people of Allende suffer in silence.

I borrowed this incident and had my heroine lie to her mother to get permission to go with friends to a place her parents had forbidden her to go. When she returns, she finds her parents, and most of the people in the town, dead.

I laid a big guilt trip on Beth Sanchez. She lied and lived, when a good daughter would have stayed home and died. That provided the wound in her backstory, her character flaw, and it set up the black moment for her in my novel.

It was an awful thing to do to a beautiful young woman like Beth, but authors have to write stories that people will buy and read. Pain in the backstory is one way we do that.

About H.L.: H.L. Wegley served in the USAF as an Intelligence Analyst and a Weather Officer. In civilian life, he served as a Research Scientist in Atmospheric Physics. After earning an MS in Computer Science, he jumped ship to build computer systems for Boeing for 20 years before retiring near Seattle, where he and his wife enjoy small-group ministry, grandchildren, and hiking on Olympic National Park beaches. He’s an award-winning author of 16 books, inspirational thrillers and romantic-suspense novels and is working on number 17. Learn more & connect: 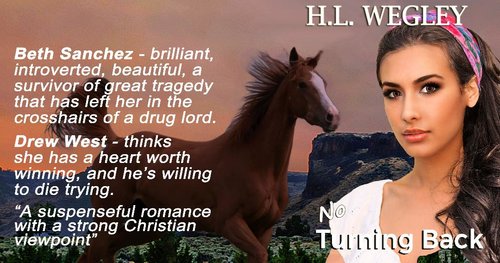 About the book – No Turning Back (Witness Protection Book 3): When a young man much like her dead father offers her protection, will trusting him bring another massacre, one that takes her life too? Elizabeth (Beth) Sanchez, daughter of the man who formed a militia and drove out the Del Rio Cartel, was the lone survivor after drug lord, Hector Suarez, retaliated, massacring the people in her town. Seven years later, Beth has an MBA, American citizenship, and is ready to chase her dreams. While on a Big Bend hiking excursion, Beth encounters Suarez who is bent on killing the one remaining symbol of resistance to his power, Beth Sanchez.

After once being called a coward, Drew West has a mile-high chip on his shoulder and an impressive resume of fighting skills. He’s ready to fight anybody, anywhere, especially if someone needs protection. When Suarez tries to kill Beth in Big Bend, Drew humiliates the drug lord and captures Suarez’s little brother, Ricardo. Hector Suarez places Beth and Drew at the top of his hit list.

When a federal prosecutor offers Beth and Drew protection for their testimony against Ricardo, Beth fears a safe house cannot stop another massacre. But Drew offers her a different option, his protection on a horse ranch half a continent away. But if Beth accepts Drew’s offer, there will be no marshal protection and no turning back.

Set near Big Bend National Park and in Central Oregon, near the Deschutes River, No Turning Back is a high-action, romantic-suspense story about love, courage, and the futility of human vengeance.

Can’t wait for the drawing or worried you won’t win? Get your copy now:    No Turning Back – Amazon

Question for Readers: What do you love about Romantic Suspense? 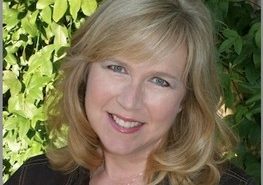 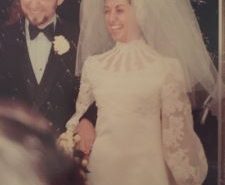 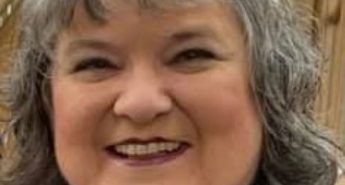