Shannon here: Romantic suspense author shares how she told her husband about their bun in the oven, plus a chance to win a copy of her latest release, Poison. Comment on any post dated Feb 18 – 22 to get your name in the drawing. Deadline: March 2nd, 11:59 pm central time. Here’s Jordyn:

The Bun in the Oven by Jordyn Redwood
As a creative type, I wanted to think of an inventive way to tell my husband of the impending arrival of our second child. We’d been in Colorado visiting family and my husband had been up skiing with some friends. My mother was actually the first to know because I’m a horrible liar and she pulled it right out of me.
We were living in Kansas at the time so we’d driven nine hours with several rest stops as we had our sixteen-month-old riding along with us. Once we were home, I hustled inside and put a hotdog bun in the oven and set the timer for ten minutes and then took our daughter upstairs to get her ready for bed.
Get it—a bun in the oven?
So, I’m upstairs waiting and I hear the oven timer go off and be ceremoniously quieted. My husband is busily putting items away from our trip and it takes him quite a while to make his way upstairs to go to bed and it’s well after midnight.
Finally, he settles into bed.
I say, “Was that the oven timer?”
“Yeah.”
“Was there something in the oven?” Surely, he’ll get my gentle prodding.
An odd look my direction. “I don’t know.”
“Maybe you should go look.”
“Why would there be anything in the oven? We’ve been out of town for a week.”
I know ladies—yes, my eyeballs are rolling. “Just check for me.”
The covers flop to the side and he grumpily goes downstairs and a few seconds later comes back up. “Why is there a hotdog bun in the oven?”
“Get it?” I ask.
“Get what?”
“We have a bun in the oven.”
Then—finally—that look of shock. “Really?”
“Yes, really.”
“Does your mom know? Because you can’t tell me you were with her all those days and didn’t tell her.”
Busted.
Keeping secrets can be good clean fun—as in this true to life story of me telling my husband of our pregnancy. But secrets can also be destructive to a relationship.
In Poison, the second book in the Bloodline Trilogy, this is something the hero, Lee Watson, faces.
He has a secret from his past. Something he thinks he long buried as he built his life as an upstanding SWAT officer. But when his past threatens his relationship with his fiancée, Keelyn Blake, he must decide if disclosing the truth is worth it.
This question seems easy, right? But what if disclosing the truth also meant losing everything. Your job. Your family. Possibly the woman you’ve pledged to be married to.
Then it doesn’t seem as easy.
What makes it even harder? Your beloved fiancée is a body language expert and is onto you about your deception.
Poison, a medical thriller surrounding a missing woman and some strange medical cases, examines the consequences of deceit in a relationship. What’s hopeful? How being truthful can still bring about a happy ending.
About Jordyn: Jordyn Redwood is a pediatric ER nurse by day, suspense novelist by night. She hosts Redwood’s Medical Edge, a blog devoted to helping contemporary and historical authors write medically accurate fiction. Her debut novel, Proof, garnered a starred review from Library Journal and has been endorsed by the likes of Dr. Richard Mabry, Lynette Eason, and Mike Dellosso to name a few. The second book in the Bloodline Trilogy, Poison, releases Feb, 2013. You can connect with Jordyn via her website at http://www.jordynredwood.net/.
About the book – Poison: Five years ago, Keelyn Blake’s armed, mentally ill stepfather took her family hostage in their house in rural Colorado. She and her half-sister Raven made it out alive, but others did not. Authorities blamed the father’s frequent hallucinations about a being named Lucent, but in the end, even the best of the FBI’s hostage negotiators failed to overcome the man’s delusions and end the standoff peacefully.
Now, Lucent is back, and he’s no hallucination. In fact, he is a very real person with dangerous motives. He has kidnapped Raven’s daughter, and–Keelyn worries–maybe has hurt Raven as well. Though she is estranged from her sister, Keelyn feels the immediate need to find Raven and save what family she has left. But when others who were involved in that fateful day start dying, some by mysterious circumstances, Keelyn wonders if she can emerge unscathed a second time.
Purchase:  http://www.amazon.com/Poison-Bloodline-Trilogy-Jordyn-Redwood/dp/0825442125/ref=sr_1_1?s=books&ie=UTF8&qid=1358291778&sr=1-1&keywords=poison+by+jordyn+redwood
Come back Feb 20th for Jordyn’s romantic real life interview! 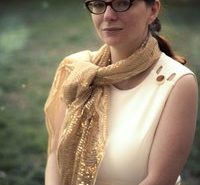 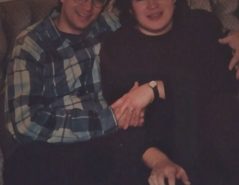