First: I hope everyone is having a wonderful CHRISTmas! Happy birthday Jesus!

Drumroll please! Your 2nd favorite post: Trish Perry’s interview and excerpt. Congrats Trish! Any comments will go into the drawing for A Door County Christmas and Christmas Mail-Order Brides. 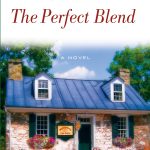 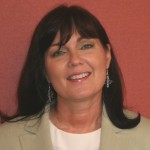 How do your hero and heroine meet?

Steph Vandergrift left everything to elope with Middleburg attorney Rick Manfred, who then stood her up at the altar. Too embarrassed to return home, Steph hopes to earn enough to get by until she can decide what to do next. Tea Shop owner Milly Jewel hires her and appreciates the extra help at the tea shop.

As the scene below opens (from Chapter Three), Steph, has worked at the tea shop for a few hours on the very day Rick left her. Earlier that morning a handsome young man, Kendall James, stopped by to do some business with Milly. He briefly met Steph then, but they have yet to speak to each other.

Several hours later Steph glanced at her watch. The time had passed quickly, and before this moment she hadn’t thought of Rick once. Milly and her tea shop were obviously God’s answer to her brief prayer this morning. The distraction was a blessing.

But her feet were sore, thanks to her impractical heels. Waiting tables had been the furthest thing from her mind when she dressed this morning. As the last of the lunchtime customers walked out the door, she sank onto one of the chairs to rest for a moment.

The shop door opened, and in walked Mr. Distraction himself, the handsome blond from this morning. He was reading something in his hand as he entered, so he didn’t immediately notice Steph. Like a flash she pictured what he would see when he looked up. She hadn’t really repaired her appearance since this morning. Rather, she had rushed about, delivering trays of tea and food and doing dishes without a thought to her appearance. She hadn’t even combed her hair. And because it was layered, she knew it could look pretty wild when she neglected it for too long.

She wiped under her eyes for the fiftieth time today, hoping to erase any mascara she might have cried off. Then she remembered doing that earlier and spreading raspberry preserves under one eye. Did she just do something similar? Yeesh, serving food and fussing with one’s appearance really didn’t mix. For hygienic reasons alone, she must have washed her hands and cheeks more times than an obsessive compulsive germaphobe since she saw this guy last.

His opinion about her appearance didn’t matter, of course. Except…well, to be honest, it did. She got like this around stunning men, and she knew she’d act stupid if she didn’t have a bit more confidence than she felt at the moment. He was striking enough when he looked down. She stood abruptly. She needed to make a quick dash to the bathroom to freshen up before he looked up at her with those dark eyes of his—

And that’s just what he did. A smile of recognition lit his expression. “Weren’t you here when I dropped by this morning?”

She panicked and blurted out her most recent thought. “I need to go to the bathroom.”

His smile wavered for the briefest of moments.

Had she actually told him she—

His genuine smile came right back, all the way to his eyes. “And you’ve been waiting here for permission all this time?” He tsked and looked toward the kitchen, as if Milly were standing right there. “That Milly can be awfully proprietary about her facilities.” He headed toward the kitchen and spoke over his shoulder just before he walked through the swinging door. “You hang in there. I’ll put in a good word for you.”

She stumbled over all kinds of thoughts, seeking something clever—or at least less humiliating—to say in response. But nothing came together fast enough for her to speak before he was gone.

She heaved a huge sigh. “I need to go to the bathroom?” She tried to find a silver lining, other than the fact that the guy obviously had a good sense of humor. She had to settle for this: Things could only look up from here.

About Trish: Award-winning novelist Trish Perry has written The Perfect Blend (2010), Sunset Beach (2009), Beach Dreams (2008), Too Good to Be True (2007), and The Guy I’m Not Dating (2006), all for Harvest House Publishers. Her monthly column, “Real Life is Stranger,” appeared in Christian Fiction Online Magazine during its inaugural year. She was editor of Ink and the Spirit, the newsletter of Washington D.C. ’s Capital Christian Writers organization (CCW), for seven years. Before her novels, Perry published numerous short stories, essays, devotionals, and poetry in Christian and general market media. She will release several new books in 2011.

Perry holds a B.A. in Psychology, was a 1980s stockbroker, and held positions at the Securities and Exchange Commission and in several Washington law firms. She serves on the Board of Directors of CCW and is a member of American Christian Fiction Writers and Romance Writers of America. She invites you to visit her at www.trishperry.com

Come back Dec 27 for Abingdon/Heartsong Presents author Myra Johnson’s real life romance and a chance to win her book, One Imperfect Christmas. 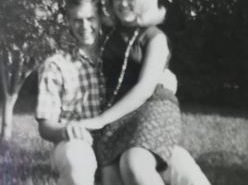 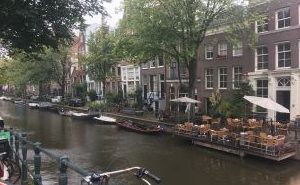 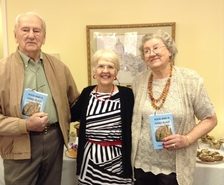