Shannon here: Sara Davison shares how she met her husband along with a chance to win a copy of her Romantic Suspense novel, Lost Down Deep, from the Mosiac Collection. Comment or answer the question in this post to enter the drawing. Deadline: May 30th, 11:59 pm central time. Here’s Sara: 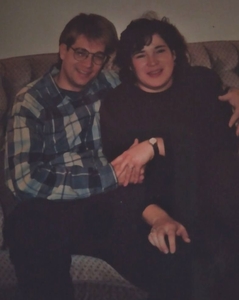 A Love Story that Came out of Left Field

I knew the day I met my husband that he was the man I was going to marry. It’s been said before, but in my case it is one hundred percent true. I love playing baseball, so a friend of mine invited me to come out one evening to play with the young adult group from her church. Michael was one of the first people I met, and we instantly hit it off. In fact, we spent most of the game standing in the outfield talking. When it was time to go, he handed me his business card and said, “So I’ll see you next week?” Those six words—and the way he said them—sealed the deal.

I was so sure he was the one, in fact, that almost a quarter of a century later I can still vividly remember standing in my parents’ kitchen after I got home that night, clutching that business card. I was terrified to look at it in case I hated his last name, because I already knew it was going to be mine. Turned out to be Davison, which I was fine with 🙂

We dated for ten weeks. During that time we were nearly inseparable. Michael would come over for breakfast in the morning before work. He ate lunch with me on his break and returned in the evening for dinner and to just hang out.

As we started seeing each other in October, and his parents were traveling that fall, I met them for the first time when he took me home on Christmas Day. 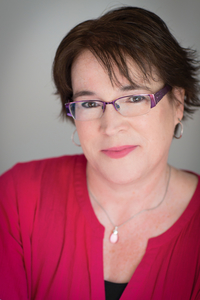 On December 28th, we invited Michael’s mom and dad to make the two-hour drive to my parents’ home so they could meet each other. Between the main course and dessert, he got down on one knee and asked me to marry him in front of both sets of our parents.

My family had seen us together for the last couple of months, so they weren’t shocked by the engagement. My poor in-laws, though. They had met me for the first time three days earlier, and I’m sure the first thought they had when their son proposed to me was, I’m sorry, who are you again?

We were married eleven weeks later. While I would not necessarily encourage other people to move along that quickly in their relationships, sometimes you just know what you know. And twenty-four years and three amazing kids later, I can honestly say that I have never for a moment second-guessed the decision I made in the ball park that night. Michael is still my best friend, the love of my life, and one of the greatest gifts that God has given me.

About Sara: Sara Davison is the author of three romantic suspense series, The Seven Trilogy, The Night Guardians, and The Rose Tattoo Trilogy. She has been a finalist for ten national writing awards, including Best New Canadian Christian author, a Carol, a Selah, and two Daphne du Maurier Awards for Excellence in Mystery/Suspense. She is a Word and Cascade Award winner. She currently resides in Ontario, Canada with her husband Michael and their three children, all of whom she (literally) looks up to. Learn more & connect: 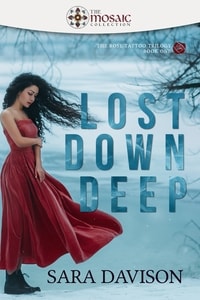 About the book – Lost Down Deep:

She is the only one who can tell the police who attacked her in her home.

If only she could remember …

Summer Velasquez is on the run from a man she has no recollection of after an attack she can’t recall.

Every face in the crowd is a potential suspect, so how is Summer supposed to know who is a threat to her and who isn’t?

After fleeing her assailant and the parents who lied to her about what happened, she changes her name and seeks refuge in Elora, Ontario. The small town feels familiar, although she has no memory of ever having been here.

Even in what should be a safe place, she can’t shake the feeling that she is being watched.

When Ryan Taylor strolls into the Taste of Heaven Café where she works, Summer is immediately drawn to him. However, he may not be who he says he is either. As her suspicions grow, Summer prepares to run again.

But at least one person is determined to stop her. Permanently. And if she can’t remember who he is, this time he may succeed.

Question for Readers: Who is your favourite romantic couple, real or fictional, and what is it about them or their story that you admire or that draws you to them so strongly?

Come back May 26th for Hope Dougherty! 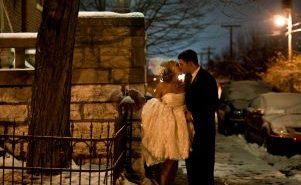 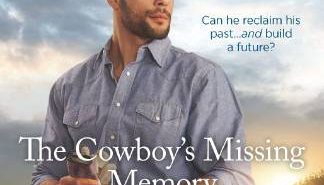 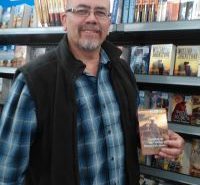